Recipients of the 2016-2017 Broadcom Fellowship

Six electrical engineering doctoral students were awarded 2016-2017 Broadcom Fellowships which will fund their proposed or ongoing research projects this year.

The project goal is to create an extremely small and fully implantable device that can record neural signals in the brain and transmit the data wirelessly. The data would be used to study and better understand degenerative brain conditions like Alzheimer’s disease, Parkinson’s disease and epilepsy.

Chandrakumar is currently working to design the device’s analog to digital converter. This block will convert the analog voltage signal that the device picks up into digital data that can be easily broadcast as a wireless transmission.

The data converter must have very low power consumption while also being high-resolution, which are two qualities that come at the expense of one another in traditional converters, Chandrakumar said of the project’s challenges. 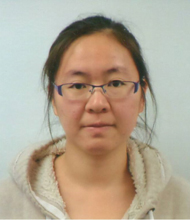 Working with her advisor Professor M. C. Frank Chang, Jieqiong Du is making improvements to a bandwidth project she completed with other PhD students. The research conducted by the team focused on how to make I/O (input/output) bandwidth faster and more energy efficient. To achieve this, the team used a technique called frequency division multiplexing, which allowed them to send more bits at a time than conventional data links.

The goal of Du’s improvement is to remove interference in the research team’s input/output system. In the system, multiple channels send data at the same time and their signals interfere. By reducing the interference, Du said the system bandwidth will be even higher.

She added that there is currently a large demand for high speed I/0 in mobile devices and computers. 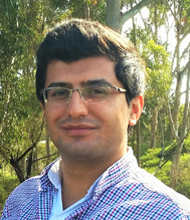 Timing devices are used in virtually every electronic system and Hani Esmaeelzadeh is researching how to make them more efficient and effective.

These systems provide a notion of time to wireless devices so that they can interact in synch with one another. For example, in order for a wireless printer to act on commands sent by a laptop, the printer and the computer need to share the same, synchronized, notion of time.

Advised by Professor Sudhakar Pamarti and working with a research team, Esmaeelzadeh is researching how to alter the way in which crystal oscillators power up in timing devices. Crystal oscillators create a frequency used to keep time, but due to their slow boot up they drain a large amount of battery power. By designing and programing timing devices to start these oscillators with a surge of energy, the team has quickened the oscillators’ boot up time and lowered the amount of battery power used by the overall system. The team’s design will soon go into beta testing. 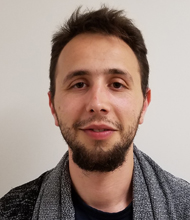 While he is also a member of Professor Markovic’s brain implant project team, Dejan Rozgic received funding to work on a different type of medical recording device.

Rozgic’s research is on brain imaging technology, which can be used by clinicians to detect diseases in the brain. Unlike the brain implant project, Rozgic’s project involves a non-invasive, optogenetic approach, in which light is focused in the brain in order to track neural networking.

Rozgic said that with recent advances in fluorescent imaging sensors, and their improved speed, researchers are able to simultaneously track and detect a large number of neuron assembles in the brain. In order for brain imaging devices to provide real time data, Rozgic said, the device must be capable of computing an enormous amount of information, which is one of the project’s challenges. 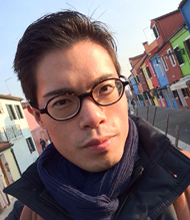 Chien-Heng Wong is working to improve wireline transceivers in an innovative way.

This length difference makes it necessary for engineers to create an accommodating architecture for the longer wires. But engineers must also maintain wireline transceivers’ ability to send ultra-high speed wireline transmissions.

To address both issues many techniques can be applied like pre-emphasis or equalization. However, these conventional techniques consume a large amount of power and increase system complexity.

In response to these drawbacks, Wong, whose project advisor is Professor M. C. Frank Chang, has proposed a new architecture for transceivers with altered circuitry. Wong said that the design he is working on would be more simplistic than the conventional transceiver architecture and it would cut down the device’s power consumption. 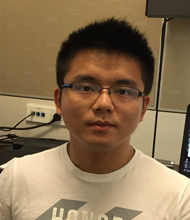 Dihang Yang is designing a wide tuning range synthesizer that is smaller and less “power hungry” than conventional devices.

Yang is working on converting the synthesizer’s circuits from analogue to digital, which he says will lower synthesizers’ surface area and power consumption. Working together with his advisor Professor Asad Abidi, Yang is researching how to increase digital circuit’s resolution so that their performance is equivalent to that of analogue circuits.