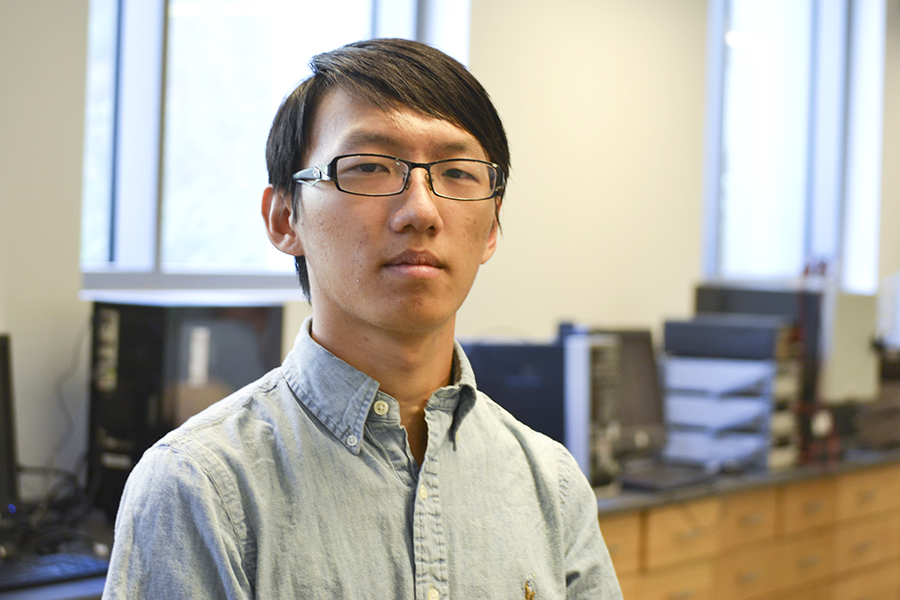 Zhe “Frank” Wan ’13, a graduate student in electrical and computer engineering who is working to build computers modeled after the human brain, has received an IBM Ph.D. Fellowship. The honor recognizes exceptional students who have an interest in solving problems that are important to the company and are fundamental to innovation in several broad areas.

Wan is a graduate student researcher in the Center for Heterogeneous Integration Performance and Scaling (CHIPS). He is advised by Subramanian Iyer, Distinguished Chancellor’s Professor and holder of UCLA Engineering’s Charles P. Reames Chair.

Wan’s interests are in brain-inspired, or neuromorphic computing, and 3-D integration in semiconductor manufacturing. Specifically, how to build ultra large-scale computer systems that are comparable to the human brain, which has on the order of 10-billion neurons and 10-trillion synapses. To address this objective, at least 10,000 state-of-the-art chips need to be integrated to create a brain-scale system.

Wan’s research in this emerging area focuses on how to use 3-D integration, that is stacking semiconductor circuits in layers, then making those thousands of chips together to act as one without a significant drop in performance or energy efficiency. He conducts part of this research in the Mukund Padmanabhan Systems Scaling Technology Laboratory, which is overseen by Iyer.

Wan was one of 50 graduate students from around the world to receive the honor this year. He received his bachelor’s degree in electrical engineering from UCLA in 2013. The one-year IBM Ph.D. fellowship includes a stipend of $20,000, plus $10,000 for academic fees. In addition, the fellows are matched with a mentor at the company whose technical interests are similar. They are also encouraged to complete an internship with the company.

The Electrical & Computer Engineering Department would like to congratulate Zhe on this very prestigious award.

Further information is available at: