A Project to Advance Circulator Technology 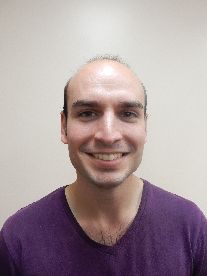 An Electrical Engineering Department research team has designed a new type of circulator which is smaller in size and is not bandwidth limited as compared to a traditional circulator. This new circulator architecture can even be scaled for the visible region (light) of the electromagnetic spectrum.

A traditional circulator operates similarly to a traffic roundabout. It has three ports, both inputs and outputs, through which power flows in a circular motion. This movement of power to different inputs and outputs allows for full duplex functioning, which is the simultaneously transmission and reception of data over the same frequency range. This function is necessary in a variety of devices, but circulators are perhaps most commonly used in radio frequency equipment.

The research team’s device is called a Sequentially-Switched Delay Line circulator. Instead of operating like a roundabout, the team’s circulator operates like a railroad switch. Multiple paths open and close in the circulator enabling power to flow to the proper port, which enables the full duplex functioning of the device.

This design can be used for various applications. For example, the new circulator could be used in cell phone technology. The size of a traditional circulator is determined by the wavelength of the electromagnetic wave it operates, while the new circulator design is independent of the wavelength. The aim of the project is to create a device which can be used by engineers of different backgrounds in a variety of technologies.

Biedka said that one of the challenges of the project has been designing the switches in the circulator to turn on and off rapidly. For the device to work, the switches between transmission and reception of power must be flawless.

The project has been receiving funding since November and the team has begun the testing of the preliminary design. The team has received $2.2 million from the SPAR program of the DARPA MTO office, and is collaborating with Northrop Grumman to create the semiconductor chip.