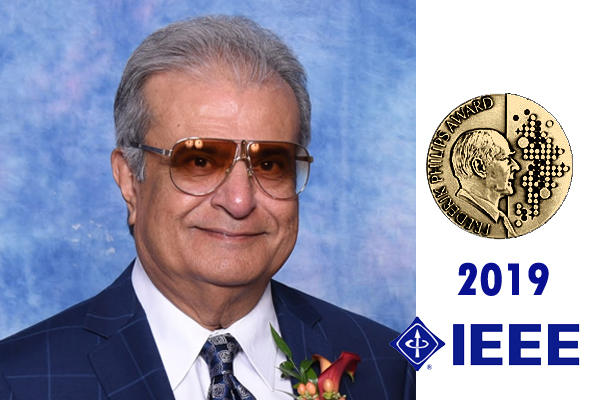 The IEEE Board of Directors upon the recommendation of the IEEE Awards Board, has named Professor Asad M Madni as the recipient of the 2019 IEEE Frederik Philips Award, for outstanding accomplishments in the management of research and development resulting in effective innovation in the electrical and electronics industry, with the following citation:

“For leadership in and pioneering contributions to the development and commercialization of sensors and systems for aerospace and automotive safety.”

The letter from IEEE President, James Jefferies, states “For nearly a century, the IEEE Awards Program has paid tribute to technical professionals whose exceptional achievements and outstanding contributions have made a lasting impact on technology, society, and the engineering profession. Each year the IEEE Awards Board recommends a select group of recipients to receive IEEE’s most prestigious honors, so you can feel justifiably proud. Congratulations on your achievements, which honor both you and IEEE”.

Past recipients of this international award include Gordon Moore, co-founder of Intel and inventor of Moore’s Law, in 1979 and Arun Netravali, chief scientist of Lucent Technologies, in 2001.